The Hibbs Report from RSNA
PACS Is Dead, Long Live WACS
When you go to RSNA, the annual meeting of the Radiological Society of North America, you would expect to see medical imaging equipment for the North American market. I am sure that must have been true for the first couple of years. November of 2001 was the 87th meeting of the RSNA and the little Chicago meeting has sure grown. Everyone goes to RSNA to see the new equipment introductions. This was the year for 3T MRI, CT Scanners of 16-plus slices with 0.4 to 0.5 second rotations, and combo imaging systems, which merge MRI, CT, Nuclear Medicine, and/or PET scanners. But the real news was the company merges, and the PACS and RIS merges.

When you get through looking at the shiny new toys, the real trend makers were in the imaging networks. For over fifteen years vendors have been showing Picture Archive and Communication Systems (PACS) at RSNA. In the last ten years the vendors naturally separated into three approaches. The original PACS developers were the imaging equipment vendors, looking for new products (steel boxes) to sell. They thought that since they created the images and were already displaying them on local workstations that simply building a network would be no problem. But Toshiba, Siemens, Philips, Picker, Technicare, Diasonics, ADAC, Elscint, and GE had their own proprietary protocols and wanted to use PACS as a sales tool to build the market for more boxes.

The American College of Radiology (ACR) put real pressure on the vendors’, through the National Electrical Manufacturers Association (NEMA), to develop a Diagnostic Image Communication (DICOM) protocol. The DICOM protocol was intended to allow multiple vendor modalities to communicate on the same PACS system. This took away two big advantages from the established vendors. First, their installed base of imaging equipment did not dictate the preferred PACS vendor. Second, it allowed non-imaging equipment vendors to develop PACS networks.

In the last ten years, many non-imaging equipment vendors have entered the market with niche products for excellent display, transmission or archive of medical images that can be components of a “best of breed” PACS network. The aisles of RSNA are now full of vendors such as BARCO, Merge, DeJarnette, Rorke, StorComm, and Vidar who make display, interface, storage or digital conversion components. Then there are the system integrators, such as DR Systems, Brit, and Sentor, which are putting together PACS solutions that compete with the major imaging vendors on a much lower-cost playing field.

At the same time, the major film suppliers have seen the importance of PACS to their overall sales and have developed their own products. Kodak, Agfa and Fuji are still in the game after huge investments and rugged competition that saw Sterling (previously Dupont) and others fall away.

Many innovative vendors with good products have been absorbed by larger companies in the quest of PACS dominance, and all three types of PACS vendors continue their struggle to building the right system for healthcare. At first it was all about image quality, then it was computer speed, then transmission speed, then storage costs. Technology continues to solve the problems found in PACS, and PACS continues to demonstrate new problems for technology to solve.

So now everyone at RSNA has a PACS system for sale, but PACS is not the solution. Clinical users who survive a PACS installation find the next problem is the Radiology Information System (RIS). Image acquisition, display and archiving do not really justify the cost of a PACS network, and a PACS network without a great RIS interface is at best 50 percent efficient. Patient demographic data, order entry, charge reporting and hyperlinks to image storage are necessary for a complete workflow management. Workflow control is where the real payoff for PACS appears.

At the 2001 RSNA, the real PACS players are now selling a replacement for PACS — the NEW PACS which includes RIS and interfaces directly with Hospital Information Systems to create a Workflow Archive Communication System (WACS). GE is calling its NEW PACS “Centricity.” Siemens is combining their SieNet product with management systems acquired through its SMS purchase. Philips purchased a European company to merge with its PACS to create their NEW PACS. Fuji built its Synapse Software as a PACS/RIS product from the beginning. DR Systems includes RIS for a direct HIS connection. The competitive WACS vendors appear to be bypassing the multiple RIS interfaces by supplying their own RIS since the HIS interface is defined by Hospital Language 7 (HL7) protocols. Next year in Chicago, we’ll watch for this NEW PACS approach to mature.

Gators on Parade
Imagine you’re called into the local physiology lab to repair a treadmill. You ask your usual first question. “So, what happened?” And you get the response, “Oh, the damn alligator broke it again!”

If you’re a biomed at the University of Utah, that may well be the case. Researchers at that University have been treadmill-testing alligators, not just as a fraternity stunt, but to learn why alligators, unlike lizards, are able to walk and breathe at the same time. It’s thanks to a “rocking pubic bone.” Muscles pull the pubic bone downward when an alligator inhales, expanding the abdominal cavity to make room for unimpeded blood flow from the tail back to the heart, giving the animal increased endurance.

As you may have guessed, the study required putting five young alligators on a treadmill and walking them at 1 mph for three to four minutes continuously while they wore oxygen masks and various physiological monitors.

Utah researchers suggest the movable pelvic bones may be a trait alligators share with prehistoric dinosaurs. Previously, dinosaurs were thought to be sluggish and slow-moving creatures like lizards because they could not walk and breathe at the same time.

“If you can find ways to run and breathe simultaneously, then you can be active for extended periods of time,” researcher David Carrier said. The biologists also found alligators took more frequent, deeper breaths while walking than lizards.

“Our hypothesis is dinosaurs were much more active and they [alligators] have reverted back to a sit-and-wait lifestyle,” Utah researcher Colleen Farmer said.

Despite the inherent danger of gator walking, the Utah crew seems to handle it in stride. “If you handle them gently, they become tame and are very easy to handle,” said Farmer.

S-business reflects the shift from product-centric definitions of business that relegate service to a supporting role, to a belief that companies actually deliver a comprehensive relationship to their customers, and that the sometimes-intangible contribution of high-technology service and support must be at the forefront of executive attention.

“The transition to s-business is vital if today’s organizations want to survive and prosper,” said new AFSMI CEO John Schoenewald. “S-business is an organizational strategy whose time has come.”

Adds AFSMI’s explanation, “The transformation of goods-dominated companies into goods-and-services organizations is sweeping the economic and global landscape, and smart organizations are on board with both feet.”

Additional copies of the white paper may be obtained by calling AFSMI headquarters at 800-333-9786 or by visiting www.afsmi.org. Schoenewald will deliver a detailed explanation of s-business philosophy during a session at HealthTech 2002, to be held in Baltimore Apr. 21-23.

PartsSource becomes exclusive representative
PartsSource (Cleveland) signed agreements in October and November that will making it the exclusive vendor for nuclear medicine parts offered by Norwood Electronics Inc. of Durham, N.C. and the preferred provider of parts from Immediate Imaging LLC and Enhanced Imaging Technology Inc.

Norwood Electronics, founded by Jim Matlack, is an industry leader in providing replacement parts to nuclear medicine owners. The National Parts Agreement makes PartsSource the conduit for Norwood’s products to the industry.

Said Matlack, “We have been providing a unique service to the nuclear medicine community, now with this partnership we can expand both the depth of equipment we support and the customers we serve.”

Immediate Imaging and Enhanced Imaging Technology join PartsSource as National Parts Agreement Members, which means PartsSource will try them first when presented with requests for used and refurbished components.

Agfa and Siemens enter service agreement
Siemens Medical Systems already sells a variety of Agfa products as components of its imaging and image management systems. Now Agfa Corporation will provide direct service and support for those products through an agreement Siemens and Agfa signed in late October.

“This agreement permits us to better serve the end-users of Agfa’s products, and it goes a long way in furthering this important relationship with Siemens,” said Dave Houston, Director, Field Operations, Customer Support for Agfa.

“Siemens has already been offering Agfa medical imaging equipment with service offered on a time and materials basis,” noted Gene Mikulewicz, Strategic Sourcing Manager, Siemens Strategic Purchasing Dept. “Now, our customers will know up front what it will cost to purchase and keep their systems up and running. Also, we’ll have early involvement with the Agfa team in designing systems.” He added, “This relationship between Agfa and Siemens is just beginning, and we expect it to grow.” 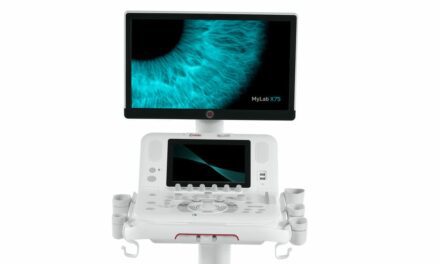