Hanging on the Telephone

Look at the connectors in the back. No, not the one that plugs into the wall, the other connectors. Do you see the one with a thick wire? Gray? Well, I guess it might be gray …”

Telephone troubleshooting is difficult at best. I got my first taste of it 20 years ago when I was hired to work in the U.S. headquarters of a large patient monitoring manufacturer. We’d get calls from in-house biomeds and facility electricians, from field technicians working for independent service organizations, authorized dealers and from our own employees. We got a lot of calls from nurses and monitoring techs. The company had installations of old equipment, extremely new equipment and a few one-off custom jobs. The common denominator was documentation, or, I should say, the lack of it. That’s why a telephone call could be a challenging exercise in creative description.

Every day my colleagues and I replayed a familiar scene, one that’s become a cliche of every grade B action adventure flick. You know, a remote expert talks the young hero through landing an 747 or defusing a bomb. “Don’t cut the red wire!”

There are times when a quick fix is possible and appropriate. We’re all familiar with the magic “reboot” after what I like to call a “transient software seizure.” But a good tech should call it quits when the telephone session drags out beyond 20 minutes and the tedious step-by-step narration sounds like a bad episode of “The Shadow.”

All service organizations must train their technicians on telephone skills – and that includes in-house biomed departments. Provide customers with appropriate documentation to help make the most of phone time. Consider color-coded connection diagrams, examples of screens and menus, or a chart of visual cues so the equipment operator can say, “it looks like number six” instead of “the screen went screwy.” As the old saying goes, a picture is worth a thousands words, and a thousand words is equal to at least five minutes on the phone.

Telephone troubleshooting is often misused in the healthcare technology management, service and support industry. Nurses and monitoring techs often feel obligated to follow every command issued by the disembodied voice on the other end of the phone. Maybe it’s because they’re accustomed to taking med orders from docs in the middle of the night. The abuse can be particularly exploitative in laboratory system support.

Laboratorians have a wide tinkering streak. It’s not very difficult for a service tech to convince the lab person hanging on the other end of the telephone line to swap transducers, replace hoses, even install a disk drive. This can cost the healthcare organization hours of lost patient care labor. Often, these are labor hours for which the service organization — manufacturer, independent or in-house — has already received compensation, because of warrantee, contract or being on the payroll. It’s not saving the lab any money.

Technology managers need to make it very clear, through policies, education and contract terms, that caregivers are not handcuffed to the telephone. Make sure they understand the advantages of a quick fix so they won’t be discouraged from trying a simple swap when the time is right, and make sure they understand the disadvantages of hanging on the telephone reading error codes and moving modules when there are patients who need attention.

Correction
In “Ultrasound Vendor to Pay $3.2 Billion for Anticompetitive Service Practices” on page 6 of the April 2001 issue, there should be no connection made between the fictitious story and the graphically altered ultrasound system on fire that appeared with it. Neither the maker of the ultrasound system, Medison America Inc., nor its products are in any way connected to this story that was intended as an April Fool’s joke. 24×7 apologizes for any misperceptions. 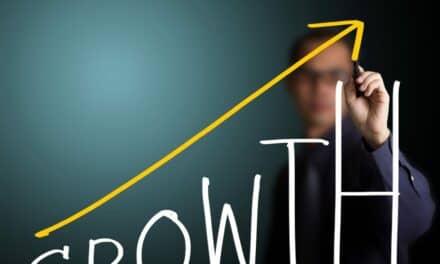