For as long as ZZ Top’s been out there playing boogie-woogie, the healthcare technology management, service and support industry has been stuck in the studio.

They’re just a little ol’ band from Texas, but Billy Gibbons, Dusty Hill and Frank Beard — ZZ Top — have managed to make a good living playing bluesy rock and roll for 30 years. That’s gotta’ say something about the effectiveness of working in threes.

The music critics call ZZ Top a “power trio,” a definition coined to describe the influential, but short-lived, British combo Cream. A power trio consists of drums, bass and electric guitar played well, played tight and most of all, played with enough oomph to create a wall of sound that swamps the audience and carries the room.

“The crowd gets loud when the band gets right” sang ZZ Top on their “Tres Hombres” album in 1973.

For as long as ZZ Top’s been out there playing boogie-woogie, the healthcare technology management, service and support industry has been stuck in the studio, laying down tracks, trying to locate a groove where our power trio will find its chops.

Our power trio? It’s manufacturer’s support on drums, in-house biomed departments playing bass and independent service organizations on guitar. They’re all good musicians, but they keep showing off, trying to out-play each other. The results stink and only annoy the audience.

There isn’t much reason for the fussing and fighting. We need all three legs for balance. Many power trios collapse because of excessive pressure to achieve financial goals. It happened to our industry in the 1980s, and it happened to rock and roll at the same time. Even ZZ Top got a bit bland during the height of the band’s commercial success.

Yes, the 1980s were a dark time for boogie-woogie and healthcare technology management, service and support. But the rock scene is recovering while we’re still noodling with chords.

Local biomed associations are one place where the sounds are sweet. When I travel around the country to meet with regional groups, I feel as if I’m visiting our industry’s equivalent to the small clubs found in cities like Austin, Texas — rooms where people play music for the love of it and a few tips, unlike the corporate rock that dominates national charts.

It was local scenes in places like Austin, Seattle and Minneapolis that kept rock and roll alive during the stagnation enforced by classic rock radio, and it is our local groups that keep the spirit of biomed alive as some of our national forums continue to be dominated by the same old players from the ’70s.

Our musicians are talented and our instruments are getting better. We feature some of the improvements this month. There is an article that describes how

clinical engineering management software publishers are rebuilding their products to exploit the Internet (page 20). Another article investigates why there are so many electrical safety analyzers — the front men among biomedical test equipment — competing for your bucks (page 34). We also feature a place where you can learn about the roots of medical technology, and see a bulldog wired to an electrocardiograph (page 24).

It is possible to get our act together and say, “I’m bad, I’m nationwide.” HealthTech 2000 in Dallas was a chance to see our three musicians bounce new riffs off each other. The music they made was very, very cool — but we’ll have more about that next month. 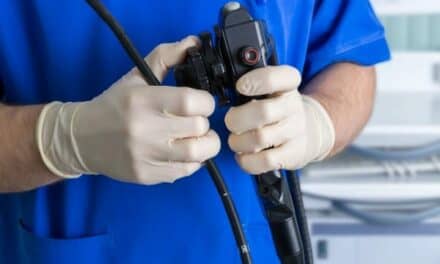