“What’s the frequency, Kenneth” (Browser, December 1999) helped publicize the need for hospitals to notify the FCC of telemetry use in the 450-460 MHz band. While the quotations attributed to the AHA’s Telemetry Taskforce were accurate, they were not in the context of responding to other industries’ comments. The Task Force wishes to clarify those quotations.

The Task Force originally supported migrating telemetry systems at risk in the 450-460 MHz band only as those systems were replaced. Private Land Mobile Radio (PLMR) requested mandated migration within a set time limit (2-5 years). The Task Force reconsidered and expressed support for quicker migration if: Very few users were identified in that band and the financial burden on the affected hospitals was alleviated.

The comments on “creating a database” responded to the Land Mobile Coordinating Committee comments to the FCC. LMCC asked the FCC to mandate creating a database of existing 450-470 MHz telemetry users. The article omitted the attribution to the LMCC, creating the impression that the FCC requested the database; the FCC’s interest was in 450-460 MHz users. These are two separate issues. Thank you for giving the Task Force the opportunity to clarify these items.

An alternative interpretation
The November issue of 24×7 carried an editorial and article on the proposed voluntary system of controls for medical device servicers, refurbishers and remarketers. They painted a misleading and inaccurate picture of the effort and the participating organizations.

2. The reporter wrote that the system registrar will “share service report information with the public.” This is incorrect. Nowhere is this stated in the proposal.

3. The article states that the FDA “has not endorsed the plan” and will not do so. FDA representatives continue to state that the Agency will support the proposal and publish it in the Federal Register as a “recommended practice.” It was never anyone’s intention to codify the proposal into law.

4. In several places, the article suggested the proposal was largely the work of the Association for the Advancement of Medical Instrumentation. In fact, AAMI contributed very little to the content of the proposal. AAMI brought together the key stakeholders and provided a neutral venue.

5. The article suggested that complying with the system would cost thousands of dollars. The cost of complying with a federal regulation would far exceed the costs associated with that which the Task Force recommended.

It is disconcerting that 24×7 failed to recognize the value the system could have in improving the safety and efficacy of medical devices by helping hospital staff gain a better understanding of equipment condition prior to use or purchase.

A great effort was made to forestall what appeared to be a directive for Federal Regulation. Through cooperation and compromise, I believe we did just that, by formulating a system that enhances technology management with little government intervention and relatively low costs.

We stand by our story.
As of this writing, the FDA has changed its plan of action for the publication of the above mentioned proposal. It was originally scheduled to be published in its entirety in the Federal Register. Now, according to Wes Morgenstern, deputy director, Division of Program Operations, Office of Compliance at the FDA’s Center for Devices and Radiological Health, the agency is creating a “policy statement” that will formally endorse the AAMI-sponsored plan. This will be published in the Federal Register sometime in April.
Mr. Tackel says the AAMI-drafted plan is intended to avoid a costly FDA-run program, yet Morgenstern confirmed that there is no precedent at CDRH for user fees. Manufacturers do not pay to register facilities. While a financial impact statement for the proposed private, voluntary regulation has yet to be published, Morgenstern acknowledged it would incur a cost.
Readers are encouraged to view the proposal attributed to the “AAMI Industry Task Force” and reach their own conclusions. A draft that indicates it was created on November 3, 1999 is posted on the AAMI Web site at http://www.aami.org/news/1999/19991001.voluntary.pdf  along with information on who to contact at AAMI if you have questions or comments on the proposal — and your feedback is always welcome here at 24×7. 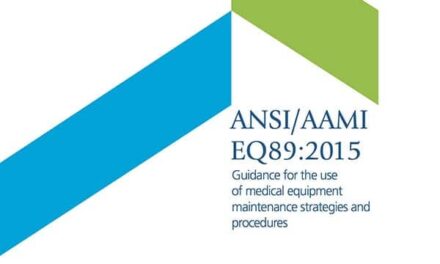