[Re: “Up Front — Will This Date Live in Infamy?” December 1999.] I am intrigued by your statement that “The American people now believe medical technology is more dangerous than tobacco and guns.” Where does this come from — opinion, a survey, what?

That belief was articulated by the Institute of Medicine report, “To Err is Human.” Citing the highest estimates from the Brennan, et al. study published in 1991 (which observed an incidence of death and disability due to medical mistakes of 0.72 per 100 admissions to acute care hospitals), the IOM authors suggest the misuse of medical technology is the third-highest cause of death in the US. Technology was hammered further in post-report statements made by politicians and lobbyists representing clinical professions. What has not been discussed is the contribution of biomedical/clinical engineering and technology folks to improving device safety. We still fail to make ourselves visible on the national radar screen!

The article you wrote concerning PACS in the November 1999 issue was very interesting and insulting at the same time. I have been in the biomedical field for 21 years and advances in technology are continuing to occur in the medical field, causing us to grow along with technology. Biomedical technicians were working on computer systems long before computers were a common household name. Today we are networking cardiac monitors, OB monitors, endoscopic systems, etc. Why not PACS tomorrow?

Why not? The personal computer industry buffaloed the general public into believing PCs and simple networks are beyond the comprehension of mere mortals, and that simply isn’t true. However, some of the networks used for monitoring systems and to control X-ray rooms are based on 1970s technology, with little correlation to the gigabit WAN protocols entering the market today. Instead of being insulted because they weren’t asked to participate, biomedical and traditional imaging service providers should invest in training, then barge into the PACS party with an alternative to over-priced computer support. 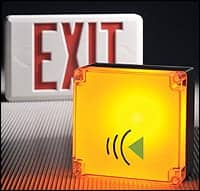