The in-house “Biomed” department has faced several changes over the years. Twenty years ago, when I entered the scene, BMETs and clinical engineers were not well known. My perception was that most clinical equipment users believed an expert in service matters could only be found within the walls of the manufacturer. If any questionable behavior arose in a device, the clinicians felt the manufacturer was the only obvious service choice.

I often agreed. Most troubleshooting was done to the component level, so in-depth circuit training and experience on the particular device or system was critical. Manufacturers funded their service operations very well, at levels where the typical in-house service budget couldn’t compete.

Since that time, in-house departments have become more mainstream. The quality of work and expertise found among in-house BMETs can be quite good. We have grown and become better established, and that is good, because all too often, based on what I have witnessed recently, manufactuers’ service has declined and the condition of healthcare equipment suffers when in-house resources are not around.

Many manufacturers are consolidating, outsourcing and restructuring with every eye-blink. That has made me concerned about their quality control.

• Ordering critically needed parts from a world-renowned corporation has slowed to the pace of a freeway traffic jam.

• When attempting to report a design flaw in a life support device, the customer must leave a voice mail for customer

service — and again for the quality improvement office, which mechanically assures the customer that “Your call is important,” but apparently not important enough to rate a human effort.

• A factory team of specialist arrives to assemble several new ICU devices and leaves internal parts disconnected. They don’t catch the results of their oversight — and fail to catch other performance failures — because their inspection procedure is abbreviated.

• A small surgical device is returned from a factory repair with 110 VAC on its outside case, and a major surgical device is left in the same condition — only this time it’s 208 VAC — after a contract safety and performance inspection.

These are real examples involving top-name manufacturers, and I could list more. All occurred within the past year. Fortunately, there were no adverse consequences to patients or staff, but that was largely because our facility has thorough and dedicated in-house BMETs who checked the equipment after it was serviced, not factory experts.

I have the honor of managing technicians who feel personally responsible for the well-being of patients in their assigned hospital areas. They watch over the equipment like they would their own children. I have also been fortunate to have consistently received acceptable budgets for training and other resources. And because we are a hospital department, our staff’s loyalty is to the hospital — not to any outside organization.

My point is not to demonize manufacturers and glorify in-house programs. We both have accomplishments as well as shortcomings. I also realize that proper maintenance and safety for medical equipment, and our success as an in-house service department, depends on maintaining a team relationship with manufacturers. But financial changes in healthcare over the past several years have, in some cases, negatively affected manufacturers and hospitals alike. The result is that hospital managers can no longer assume that factory service is the highest quality standard.

One of the best investments a hospital can make is in a properly staffed, well-trained biomedical engineering department. In the grand scheme of things, we really don’t cost a hospital very much, and the rewards, from my experience, far outweigh that small cost.

Tim Townley, CBET, BSAH, is the technical operations manager of the biomedical and clinical engineering department at a large university hospital. He notes that his opinions do not necessarily reflect those of his employer. 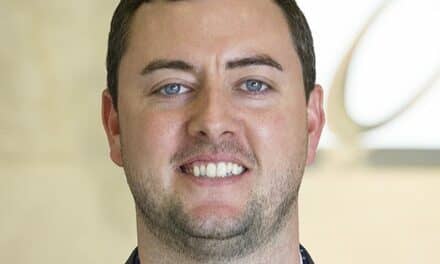