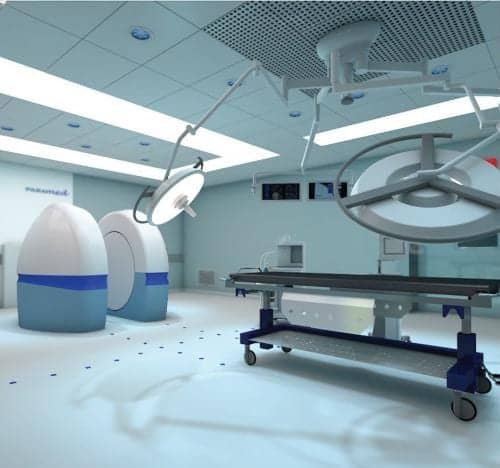 Paramed Medical Systems has unveiled its new MROpen, an open-style MRI system that is suitable for claustrophobic patients who get anxious in enclosed MRI systems. The “open sky” design and upright magnets of the MROpen will also allow for more options with MRI, according to Paramed, including upright MRI studies, dynamic and functional studies, and multiposition imaging. The MROpen reportedly works well for larger, elderly, or young patients, and those who are in pain and have restricted movement.
According to Paramed’s announcement, the MROpen will be available in 2015. Clinical applications for the system will include operating rooms equipped with advanced imaging devices, or what the company refers to as “hybrid integrated operating rooms.” In these environments, the company reports, the system will assess the outcome of neurosurgery and spine surgery in real time to increase the success rate of “first attempt” surgeries, potentially reducing repeated procedures. The MROpen can also be used to identify a tumor’s precise position and shape.
The MROpen’s technology, the superconductive wire in Magnesium Diboride MgB2, allows “high-temperature” and “cryogen-free” superconductivity, simplifying an operating room’s infrastructure. Paramed says the MROpen can also improve safety for both patients and operators by avoiding the risk of explosion due to the interaction of helium with medical gases.
For more information about the MROpen, visit the Paramed Medical Systems website. 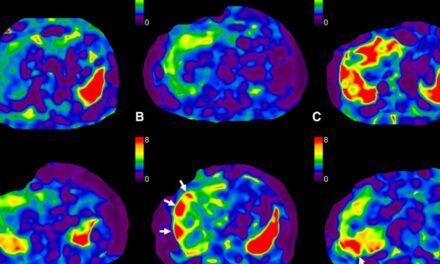 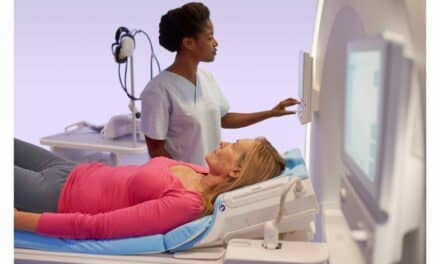