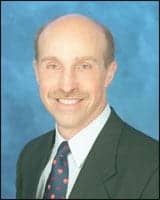 24×7 looks back at the impact of the Institute of Medicine’s report “To Err Is Human” and the advances in patient safety over the past decade.

When the Institute of Medicine’s (IOM) ground-breaking report “To Err Is Human: Building a Safer Health System” was released in 2000, it dropped something of a bombshell on many in health care. Garnering special attention was a head-spinning statistic that attributed as many as 98,000 deaths per year to medical errors. Logically, the report—co-edited by Linda T. Kohn, Janet M. Corrigan, and Molla S. Donaldson—helped kick-start a new patient safety movement, already in progress in some ways, that would reverberate throughout health care.

Although the ideas on standardizing safety practices in “To Err Is Human” were fresh to many, the patient safety movement itself can be traced back to its early roots in biomedical engineering. “The history of biomedical engineering in hospitals goes back many decades,” says Bruce Hyndman, MSBE, PE, retired director of biomedical engineering, engineering services, and safety at Community Hospital of the Monterey Peninsula, and now president of BHH Consultants, Carmel, Calif. “The biggest thrust for programs and employees in hospitals came with publications concerning electrical safety, including microshock electrocution, circa 1970. So, in essence, the birth of the career involved patient safety.”

In 1966, HD McIntosh, CF Starmer, and RE Whalen published a paper in the American Heart Journal documenting thresholds for microshock electrocution. Subsequent industry discussion focused on how catheters or wires near or on the heart might lead to such events. In 1971, Ralph Nader published an article in the Ladies’ Home Journal suggesting that many were dying in hospitals due to microshock electrocution.

Lamentably, the movement toward standardized methods for patient safety failed to attract attention across the broad spectrum of health care disciplines, and the movement was to remain in many ways latent until the IOM report exposed the pressing need for better reporting and response to medical errors.

“The year before [the publication of “To Err Is Human”], the American Medical Association and the National Patient Safety Foundation had a couple of meetings to try and get people interested in patient safety,” says James P. Bagian, MD, PE, chief patient safety officer at the Department of Veterans Affairs (VA). “They helped start the ball rolling, but most people didn’t even know there was a ball yet. It wasn’t until the IOM report came out that people began to look at it.”

Part of what enabled the health care community to sweep the issue under the rug was the pervasive belief that there would not—could not—be a single solution to the problem. “There was definitely a resistance to almost any standardization,” Bagian says. “People would talk about it as ‘cookbook medicine.’ But the more you have variation the more likely mistakes are going to be made.”

The VA, for its part, recognized that standardizing its practices was the surest path toward improving patient outcomes and began its own safety initiatives in the late 1990s under the direction of then under secretary for health, Kenneth W. Kizer, MD, MPH. Kizer helped institute widespread efforts in patient safety and selected Bagian to lead the patient safety efforts.

Naturally, “To Err Is Human” was read with great interest by like minds at the VA. “We were glad to see there were other groups similarly interested in patient safety and approaching it in a clear and organized manner,” Bagian says. “My thought was, the more people that are looking at this and trying to address this in a serious way, the better for patients.”

After patient safety became a top priority, the VA was faced with moving beyond the concepts outlined in “To Err Is Human” and set about developing and implementing a workable solution across its vast health network. “Most of what they talked about in the report we agreed with, and we had already reduced it to how you implement it.” Bagian says. “It’s one thing to talk about great things like world peace, but you’ve got to do it. We had to figure out how not to just talk about it, but to do it.”

Where IOM compiled a detailed report emphasizing the dangers of unreported medical errors and their devastating consequences, the VA compiled an overarching patient safety handbook for use in its hospitals that has become a stalwart anchor of modern patient safety initiatives throughout the United States and the world. In particular, the VA improved its root cause analysis methods and compiled new standards for prioritizing issues. “I think we were one of the first ones to look at how to prioritize events to decide on what events you do a systems-based root cause analysis,” Bagian says. “We looked at list-based prioritization, not just severity risk prioritization, and brought human factors and engineering into the mix.”

The VA’s approach received a big push forward when it received a mandate early in the decade from the Agency for Healthcare Research and Quality, a division of Health and Human Services, to train health systems in all 50 states. Since then, its approach, and specifically its prioritization system, has served as a leading exemplar for patient safety systems throughout Western Europe, Australia, and parts of Asia.

But perhaps the biggest coup for the VA’s patient safety model came when The Joint Commission released its first set of safety standards in the early part of this decade, which it based on the standards already in use at the VA. “We went to them and showed them what we were doing, because we wanted them to be aware of it,” Bagian says. “The president—Dennis O’Leary—took that as a starting point for the standards that they subsequently released.”

These Joint Commission standards, along with updates and additions compiled through the years, would become the building blocks of the 21st-century patient safety movement among biomeds. “With respect to the new era of concern, most clinical engineering groups were involved in addressing two of the early Joint Commission patient safety goals—those dealing with the effectiveness of clinical alarm systems and ‘free flow’ from infusion devices,” Hyndman says.

Biomeds like Hyndman worked to resolve these issues in their own hospitals and contributed to the broader effort. A group compiled by the American College of Clinical Engineering put effort into solving the alarm effectiveness issue and later published a white paper on the topic. Hyndman, along with others, was also involved in the analysis of FDA database records of incidents involving alarm systems. Even today, work is still being done to integrate clinical alarms with IT on a global level.

The lasting legacy of the IOM’s report can still be seen in the culture of collaboration and discussion it helped to cultivate. “There have long been safety committees addressing all areas of safety in hospitals, but the new thrust addresses many of the particular areas of concern addressed in ‘To Err Is Human,’ ” Hyndman says. “This newer emphasis typically involves a broader spectrum of people in hospitals and appears to be concentrated and organized in quality management or similar offices.”

But safety committees are limited in scope and are not all-inclusive. A complete understanding of the crucial role events reporting plays in keeping patients safe has yet to trickle down into the mind-set of every biomed. “I don’t believe that on the front line of our profession there has been much permanent change,” Hyndman says. “Most BMETs and CEs are very busy with their routine activities and may truncate their response to reported problems when they conclude that an equipment failure was not at the root of a complaint or problem. This is when the investigation of all elements of the problem or incident should be initiated—it is a sign or indicator of a potential system issue or problem that could lead to further and more serious incidents.”

Beyond proper diligence, what else can biomeds do to enhance patient safety efforts? For one thing, Hyndman encourages biomeds to get involved by volunteering for patient safety committees in their organizations and to contribute from their “unique perspective when appropriate.”

Despite significant strides over the past decade to point the health care industry in the right direction, patient safety remains a high-stakes battle to overcome human error, both honest and negligent, and to increase vigilance throughout the hospital. After all, to err is certainly human, but so is to question, to analyze, and ultimately to persist. “Safety is a relentless, ongoing process,” Bagian says. “It’s not that you finished it today, know that you’re done, and can go home. Patient safety is constantly concerned with what new risks are being introduced and understanding how best to mitigate those risks.” 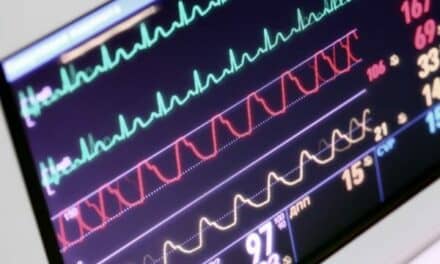 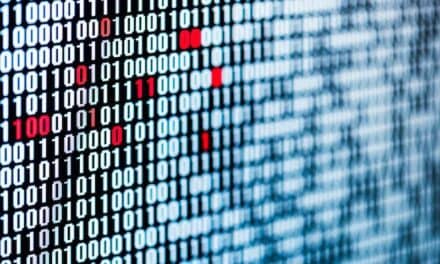